Be Careful When You Scoff!

My husband has made fun of Snuggies one too many times.  My daughter decided he couldn't possibly hate something he spent so much time talking about, so she made him a snugglet. 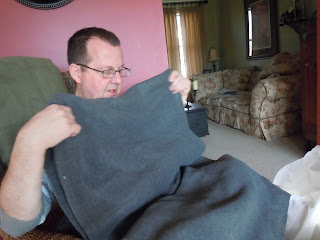 At first, he couldn't figure out what it was. 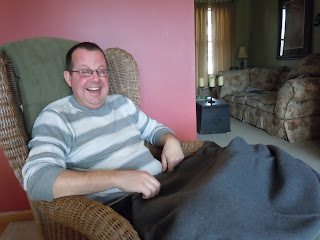 Then he got it!  He still can't believe she would give him this crazy novelty he despised with such fervor. 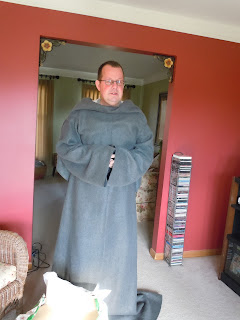 Then, he began to appreciate the genius in it.  We don't know yet if he will ever use it as it was intended, but he thought it made a great monk costume. 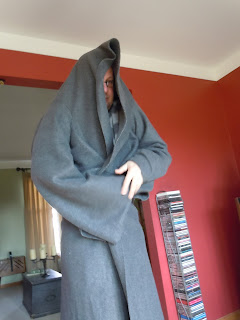 The Star Wars fans out there might recognize Senator Palpatine.
Merry Christmas!  I hope you all had as much fun with your gifts as we did.
Posted by Anna Christina at 8:07 PM 2 comments:

When time is short, shouldn't everything go smoothly?

I finally found some time to sew this weekend after working almost 60 hours during the week.  I know that sounds unbelievably ridiculous for a teacher, but my job is not an average teaching job this year.  Unfortunately, my new Babylock is catching on something and won't stop jamming.  I know it could be me, but I have been threading it for some time now and following the directions carefully.  Argh!  I am fighting the Charlie Brown attitude that if something can go wrong it will.
I went to church this morning hoping to hear something that would help, and the sermon was about how life can throw you wild cards changing your plans completely.  I have an Uno card in my purse to remind me to accept the wild card because you never know what can happen.
With any luck my trek out to the store from which I purchased the machine at the American Expo will have  a wonderful treasure.
Hope your weekend was better than mine!
Posted by Anna Christina at 4:27 PM 2 comments: